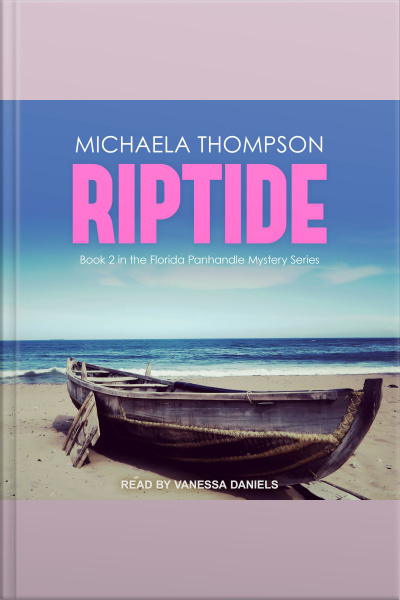 As intricate as a fisherman's net, Riptide fairly writhes with sinister delights—family secrets, family feuds, lost family fortunes, betrayals, puzzles, sunken treasure . . . and murder, of course. With a bit of illicit romance and treachery thrown in for seasoning, this rife atmosphere swirls around New York artist Isabel Anders, who's summoned home to tiny St. Elmo, Florida to deal with an emergency: the aunt who raised her has been brutally—and mysteriously—injured.

Isabel arrives to find the family mansion in ruins, her aunt living in a trailer, and, dangerous as a cottonmouth, the lover she left at sixteen just where he used to be. Waiting for her. Except now he's got a grudge against her, a secret of his own, and some unsavory companions. Just when Isabel's aunt seems to be getting better (but before she's able to talk again) she dies just as mysteriously as she was injured. Suspecting murder, Isabel quickly ties her aunt's death to another.

But to find the killer, she has to hack her way through a small-town jungle of intrigue and several generations of interrelated secrets, producing hours of pulse-pounding delight for the confirmed puzzle fan.