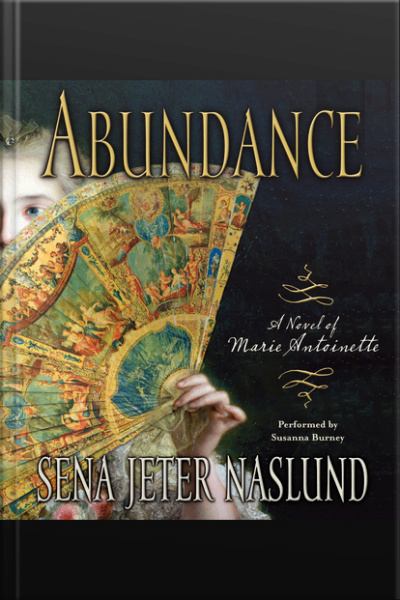 Abundance: A Novel of Marie Antoinette

Marie Antoinette was a child of fourteen when her mother, the Empress of Austria, arranged for her to leave her family and her country to become the wife of the fifteen-year-old Dauphin, the future King of France. Coming of age in the most public of arenas, she warmly embraces her adopted nation and its citizens. She shows her new husband nothing but love and encouragement, though he repeatedly fails to consummate their marriage and in so doing is unable to give her a child and an heir to the throne. Deeply disappointed and isolated in her own intimate circle, and apart from the social life of the court, she allows herself to remain ignorant of the country’s growing economic and political crises, even as poor harvests, bitter winters, war debts, and poverty precipitate rebellion and revenge. The young queen, once beloved by the common folk, becomes a target of scorn, cruelty, and hatred as she, the court’s nobles, and the rest of the royal family are caught up in the nightmarish violence of a murderous time called “the Terror.”