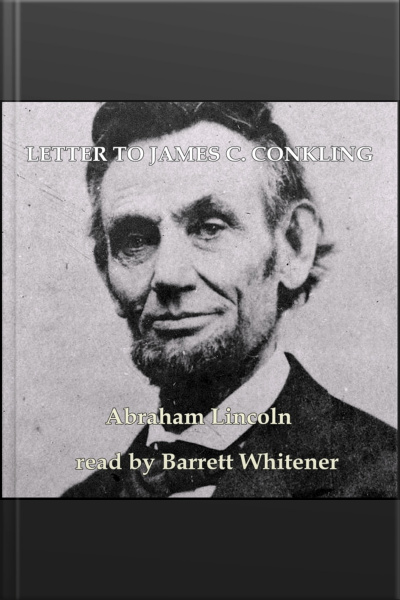 During the Civil War, Union supporters in President Abraham Lincoln's hometown of Springfield, Illinois, asked him to speak at a rally on September 3, 1863. Lincoln could not attend but wrote this letter to be read at the gathering by his long-time friend, James C. Conkling. The letter was accompanied by a brief note which read, "I cannot leave here now. Herewith is a letter instead. You are one of the best public readers. I have but one suggestion. Read it very slowly. And now God bless you, and all good Union-men." Shortly after the rally, John Murray Forbes wrote to Lincoln, referring to the letter and the Emancipation Proclamation issued on January 1, 1863. Forbes declared that the letter "will live in history side by side with your proclamation." He noted, "It meets the fears of the timid and the doubts of the reformer. It proves that the Proclamation and the policy resulting from it are the most conservative, both of liberty and of our form of government."