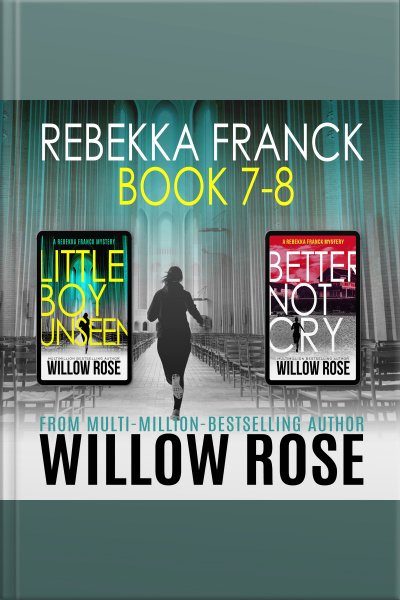 Every parent's worst fear! Inspired by a true story! Ten Little Girls: Imagine waiting for the school bus, waiting for your daughter to come home, but as the bus stops and the children start to come out, your daughter isn't there. Ten girls go missing on the same day in Cocoa Beach, Florida. Ten little girls all from the same elementary school. Ten abductions that hold the entire town captive - until the letters start to arrive. Letters with lines from the nursery rhyme Ten Little Indians, directing the parents to their daughters. But will they make it in time to find them alive? Rebekka Franck’s daughter, Julie, is one of the missing girls, and together with local Detective Jack Ryder, she is launched into the most unsettling case of her career. In a heart-pounding race against time, can Rebekka keep one rhyme ahead of the kidnapper before her own daughter fall victim to the savage word games? Ten Little Girls is a spine-tingling stand-alone mystery featuring Willow Rose’s iconic characters Rebekka Franck and Jack Ryder. If you like clever heroines, heart-stopping suspense, courageous parents, and a tug on your heartstrings, then you’ll love Willow Rose’s fast-paced thriller. It Ends Here: She thought it would be okay. She thought her son would be fine if she left him in the car. It was after all just for a few minutes while she went to grab something at the store. It was no big deal. But when Mrs. Cunningham came back out from the store, the car was empty, and her five-year-old boy was gone. In a town filled with dark secrets, who will you dare to believe? Reporter Rebekka Franck is traveling to Central Florida to interview a famous author when the body of a young boy turns up inside an abandoned house. The death of the boy leaves the small town of Webster horror-stricken. Forty years ago, another little boy was found killed in that exact same house. Now they are all asking themselves: Will it end here? As Rebekka Franck digs deep into the story, she realizes this town is harboring a lot of secrets that some people will go to extremes to keep hidden. This highly anticipated and exhilarating new chapter in the best-selling Rebekka Franck Mystery series, It Ends Here is a stand-alone mystery. It serves up a double dose of nail-biting suspense, twists, and shocking revelations as only best-selling author Willow Rose can. No one is more addicting than the Queen of Scream.