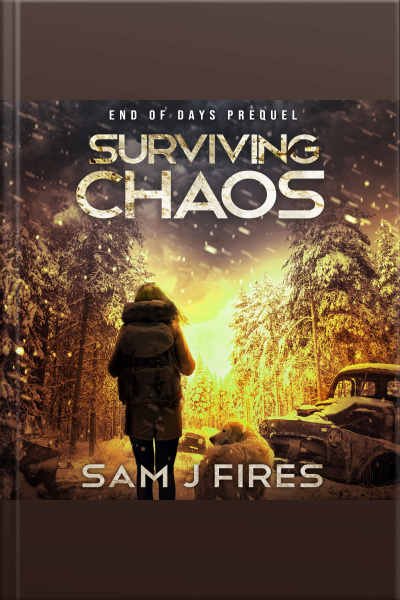 "Go-getting twenty-six-year-old investigative journalist Cassandra Drews just wants her miserable day to end. And desperate to put her breakup behind her, she agrees to one last face-to-face to return belongings to her ex. But when they're nearly killed by an out-of-control car, she's horrified when the nightmare of her relationship takes a backseat to an eruption of violence. In the blink of an eye, an EMP attack wipes out the nation's power and the world grinds to a stop. Surrounded by chaos, Cass is torn between tending to the injured or escaping her seething ex. It doesn't take long before panic and violence erupt on the streets of Portland. Out of options, Cass has no choice but to race home, hoping to outrun a looming ice storm. Can she make it to safety before experiencing the wrath of the bitter winter storm? Or will she find herself the victim of far more than the elements in a town thrust into bedlam? Perfect for fans of Ryan Schow, Grace Hamilton, Kyla Stone, and Jack Hunt, Surviving Chaos is the prequel to the End of Days series, a post-apocalyptic EMP survival thriller featuring flawed, complex characters, and an adrenaline-fueled action-adventure."