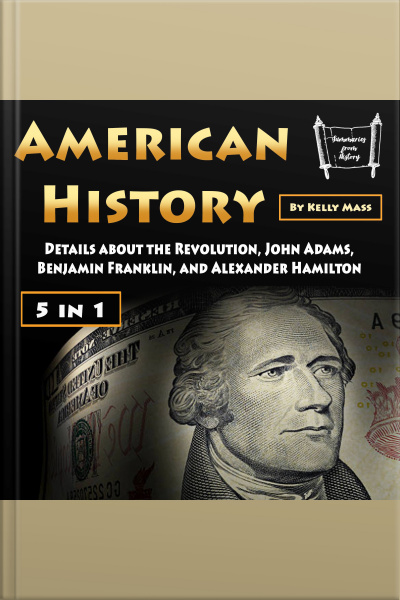 This set of books contains the following titles:

2: Alexander Hamilton was a Caribbean-born American leader, political leader, legal scholar, army leader, legal representative, lender, and economic expert who lived from January eleventh, 1755 or 1757 till July twelfth, in 1804. He was a founding father of the US of America.

3: John Adams was the 2nd president of the United States, serving from 1797 to 1801. He was an American leader, lawyer, diplomat, author, and Founding Father. He was the first vice president of the U.S.A. and a leader of the American Revolution, which caused the nation's independence from Great Britain.

5: The Industrial Revolution was a period of shift in Britain, continental Europe, and the USA from around 1760 till at some point between 1820 and 1840, when new production innovations were introduced. The shift from hand to device production, new chemical and iron production strategies, increased use of steam and waterpower, the development of device tools, and the rise of the mechanized factory system were all part of this change. The Industrial Revolution also introduced a period of remarkable population growth.