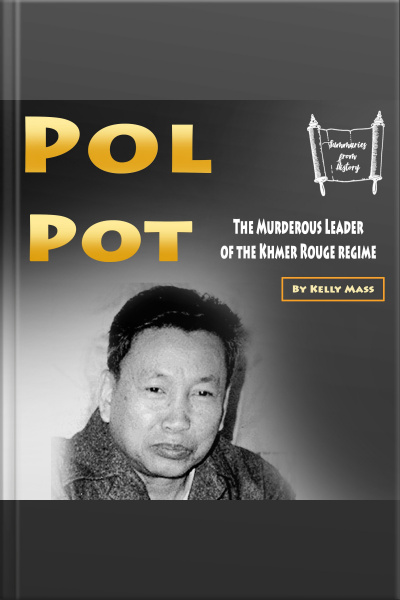 Pol Pot The Murderous Leader of the Khmer Rouge regime

He sure had a funny name. And what’s so strange, is that during most of the biggest events in Cambodia, he wasn’t really there. It seems like he was some big orchestrator hiding behind the curtains and silently directing officers to make it all happen. The Cambodia genocide that killed an estimated 2 million of their own citizens has been partially attributed to this maniac.

Pol Pot was a Cambodian political leader and revolutionary who worked as Prime Minister of Democratic Kampuchea from 1975 till 1979. He was a key member of Cambodia's communist company, the Khmer Rouge, from 1963 to 1997, and acted as the General Secretary of the Communist Party of Kampuchea from 1963 to 1981. He was a Marxist-- Leninist and a Khmer nationalist. Cambodia was changed into a one-party communist state under his management, and the Cambodian genocide happened.