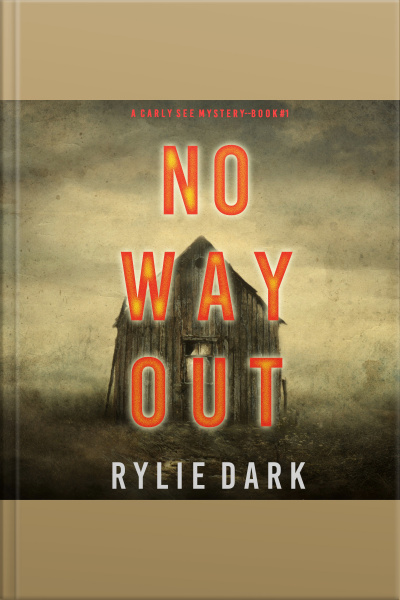 No Way Out (A Carly See FBI Suspense Thriller—Book 1)

When victims turn up with Shakespearean sonnets left on their bodies, the handiwork of a diabolical serial killer, FBI Special Agent (and psychic medium) Carly See is called in. Can she use her intuition to supplement her brilliant investigative skills and save the next victim before it’s too late?

NO WAY OUT (A Carly See FBI Suspense Thriller—Book 1) is the debut novel in a new series by mystery and suspense author Rylie Dark.

FBI Special Agent Carly See, a star in the elite BAU unit, hides a terrible secret: she can speak with the dead. The murder of her sister, still unsolved, plunged her life into grief and awakened a new power within her. Sometimes messages come from direct contact, other times in dreams. All of it feels like a curse—until Carly realizes she can harness her new skills to solve cases. But her abilities are unreliable, and Carly must use her brilliant mind to complete the puzzle—all while struggling to keep her secret from her colleagues.

As Carly races to decode the conflicting messages she receives from the other side, she wonders: Why these poems? Why these victims? What connects them? What is the killer’s secret message?

And who will he strike next?

In a twisted game of cat and mouse, this killer seems to know way too much about Carly. Is he toying with her?

Or is Carly herself the prey?

A page-turning thriller packed with twists and turns, secrets, and harrowing surprises you won’t see coming, the CARLY SEE series is a mystery series that will endear you to a unique new character and having you turning pages, bleary-eyed, late into the night.

Books #2 and #3 in the series—NO WAY BACK and NO WAY HOME—are now also available.