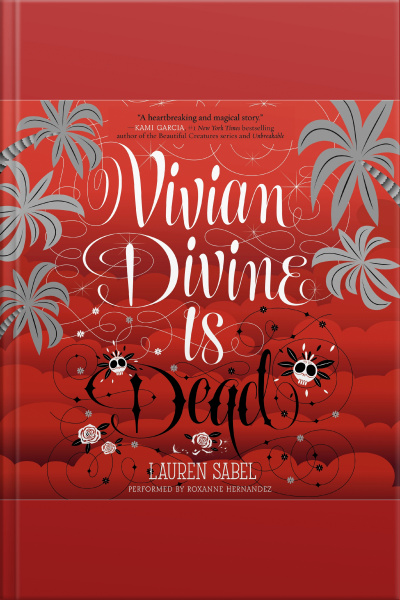 Teen celebrity Vivian Divine's movie-star mom has been murdered, her famous-director dad tried to kill himself, and her boyfriend is cheating on her. She can practically hear wannabe screenwriters penning bad TV movies about her tragic life.

When a death threat arrives with her fan mail, Vivian has no choice but to go on the run to Mexico. She soon discovers, though, that her Oscar-nominated performance killing villains on-screen did nothing to prepare her for escaping a madman in real life. Why didn't she pay more attention during those judo lessons for her role in Zombie Killer?

Vivian finds an ally in the mysterious and charming Nick. He is everything Hollywood boys are not—genuine, kind, and determined to see Vivian for who she really is. But even he seems like he can't be trusted.

Beat up, hungry, and more confused than ever about who she's running from, Vivian realizes this isn't the stuff bad TV movies are made of; this is material for a full-on blockbuster horror flick. . . .

Lauren Sabel's Vivian Divine Is Dead is a creepy, witty, fast-paced adventure about family, fame, and having the courage to save yourself.