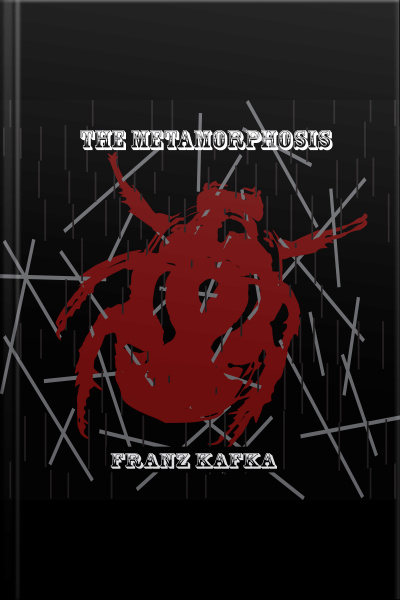 The Metamorphosis By Franz Kafka

"As Gregor Samsa awoke one morning from uneasy dreams he found himself transformed in his bed into a gigantic insect. He was laying on his hard, as it were armor-plated, back and when he lifted his head a little he could see his domelike brown belly divided into stiff arched segments on top of which the bed quilt could hardly keep in position and was about to slide off completely. His numerous legs, which were pitifully thin compared to the rest of his bulk, waved helplessly before his eyes."
With this startling, bizarre, yet surprisingly funny first opening, Kafka begins his masterpiece, The Metamorphosis. It is the story of a young man who, transformed overnight into a giant beetle-like insect, becomes an object of disgrace to his family, an outsider in his own home, a quintessentially alienated man. A harrowing -- though absurdly comic -- meditation on human feelings of inadequacy, guilt, and isolation, The Metamorphosis has taken its place as one of the most widely read and influential works of twentieth-century fiction. As W.H. Auden wrote, "Kafka is important to us because his predicament is the predicament of modern man."