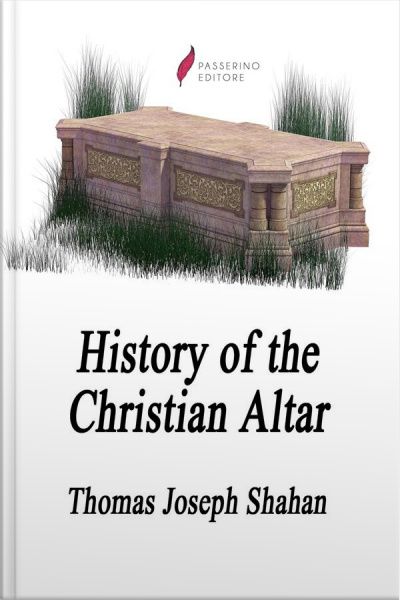 History Of The Christian Altar

In the Catholic Church, the altar is the structure upon which the Eucharist is celebrated.

The altar, centrally located in the sanctuary, is to be the focus of attention in the church. At the beginning of the Roman Rite of Mass, the priest first of all reverences the altar with a kiss and only after that goes to the chair at which he presides over the Introductory Rites and the Liturgy of the Word. Except in Solemn Mass, a priest celebrating Tridentine Mass (use of the 1962 version of which is by the 7 July 2007 motu proprio Summorum Pontificum still authorized for use both privately and, under certain conditions, publicly) remains at the altar the whole time after saying the Prayers at the Foot of the Altar.

The rite of dedication of a church includes that of the altar of the church and celebration of Mass on that altar is "the principal and the most ancient part of the whole rite" in accordance with the saying of the Fathers of the Church: "This altar should be an object of awe: by nature it is stone, but it is made holy when it receives the body of Christ. In Greek and some other languages used in the Byzantine Rite, the same word (βωμός in Greek) is used for an altar (in general) and for the area surrounding it; that is to say, the entire sanctuary. To refer unambiguously to the altar itself the terms "Holy Table" (Greek Ἁγία Τράπεζα) or "Throne" (chu Prestól) are used.

Thomas Joseph Shahan (September 11, 1857 – March 9, 1932) was an American Catholic theologian and educator, born at Manchester, New Hampshire, educated at Collège de Montréal (1872) at the Pontifical North American College, and at the Propaganda in Rome.

In 1909 Shahan was chosen as the fourth rector of The Catholic University of America.