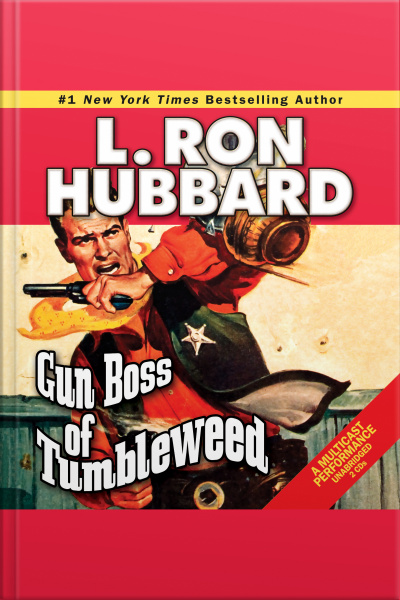 Mart Kincaid may be the fastest gun in the state, but it does him no good—because his gun and his life are not his own. They belong to Gar Malone, the King of Concha Basin, a ruthless rancher driven by his thirst for power, wealth and conquest.
Now Gar has set his sights on the Singing Canyon spread—the richest land in the basin—and he commands Kincaid to run its true owners off. If not, he threatens to reveal a dark secret that could ruin Kincaid's brother.
But there’s more to the Singing Canyon ranch than Kincaid bargained for. There’s the Drake family—specifically the lovely young Sally Drake. The last thing Kincaid wants to do is drive her away. Meaning he’s got to get out from under Gar’s thumb, and put his trigger finger to work. It’s time to settle up, once and for all, with the blackmailing Malone.
Also includes the Western adventure “Blood on His Spurs,” in which two men have to find a way to end their feud ... or pay a high price in blood and money.
The secret is out—and so are the blazing guns—as the audio version of Gun Boss of Tumbleweed puts you on the trail of redemption and revenge.
“Heart-racing plot charges at the speed of thrumming horses’ hooves.” —Library Journal