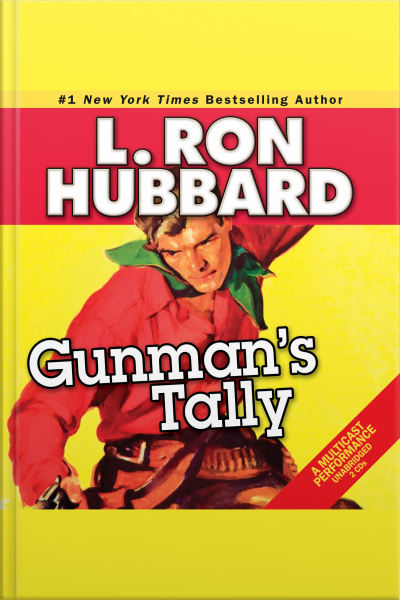 Some men look to keep the peace. Others look to make trouble. But sometimes even the most law-abiding of men are compelled to cross the line....
Easy Bill Gates is just such a man—quick with a smile and as slow to anger. He’s a model of restraint ... until he’s forced to strap on a holster and kill the outlaw who murdered his brother. But more than his honor is at stake. A ruthless land baron is out to grab Bill's ranch and he's hired a gang of gunslingers to get Bill out of the way.
Between the rancher who wants to take his land, and the young guns who want to take his life, Easy Bill will have to make some hard choices—and fast draws—to avoid becoming just another notch in the Gunman’s Tally.
Also includes the Western adventure, “Ruin at Rio Piedras,” the story of a young cowboy kicked off a ranch for falling in love with the owner's daughter ... only to devise a whip-smart plan to win the day—and the girl.
A saloon piano comes to life and a Colt .45 shoots to kill as the audio version of Gunman’s Tally puts you in the middle of a land war.
“Outstanding.” —Midwest Book Review