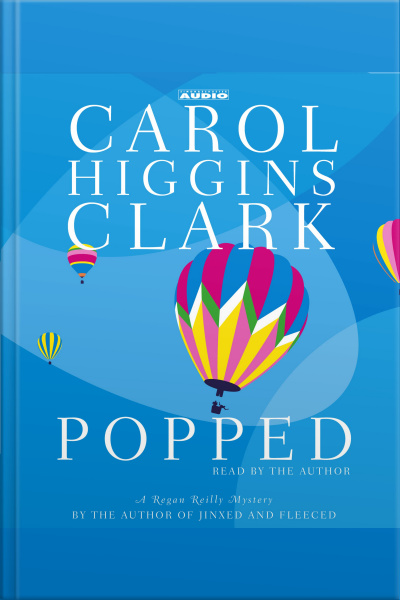 It's up, up and away with sleuth Regan Reilly -- in a lively new caper from beloved New York Times bestselling author Carol Higgins Clark.
L.A.-based private detective Regan Reilly flies to Las Vegas to help an old school chum, Danny Madley. Danny is producing the pilot of a reality TV show, "Love Above Sea Level." But someone is trying to sabotage Danny's show before he can shoot the final scene at the Albuquerque International Balloon Fiesta.
Is the culprit one of the contestants on Danny's show? Could it be the advice columnists Danny has hired who are there to help rekindle the sparks between the husbands and wives? Is it Danny's right hand man Victor, a local Vegas boy Danny met while gambling? Or his cameraman Sam, who would much rather be surfing than working? There is no shortage of suspects and no shortage of mishaps.
From their base in The Fuzzy Dice Hotel, Regan tries to help Danny keep his production on an even keel. Jealousy among the "Love Above Sea Level" contestants escalates. Mysterious, inexplicable events keep occurring. But Regan is determined to keep Danny's show on schedule and she'll do whatever it takes.
Popped is written with Clark's expert light touch and filled with the richly drawn quirky characters so relished by her fans. As Nelson DeMille says, "Clark keeps her readers entranced and entertained from cover to cover."