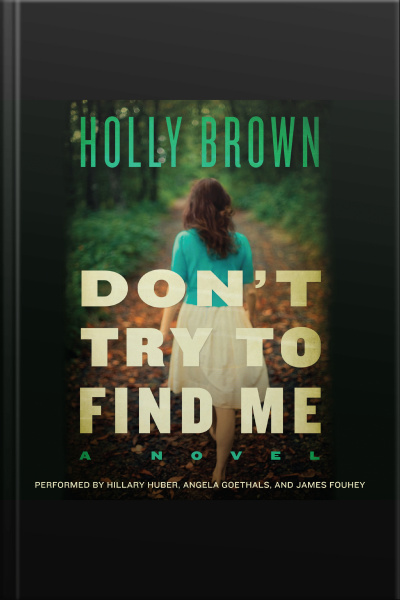 Don't Try To Find Me

Don't try to find me.

Though the message on the kitchen whiteboard is in fourteen-year-old Marley's handwriting, her mother, Rachel, knows there has to be some other explanation. Marley would never run away.

Marley's quiet. Innocent. Sheltered. Growing up in Northern California with all the privilege Rachel never had, what does Marley know about taking care of herself? About being okay?

Rachel might not know her daughter at all. But she does know that she needs to find Marley before someone else does. Someone dangerous.

The police have limited resources devoted to runaways. If Rachel and her husband, Paul, want their daughter back, they'll have to find her themselves. Paul turns to Facebook and Twitter and launches FindMarley.com.

But Marley isn't the only one with something to hide. Paul's social media campaign generates national attention, and the public scrutiny could expose Rachel's darkest secrets. When she blows a television interview, the dirty speculation begins.

The blogosphere is convinced Rachel is hiding something. It's not what they think; Rachel would never hurt Marley. Not intentionally, anyway. But when it's discovered that Rachel lied to the police, the devoted mother becomes the prime suspect in Marley's disappearance.

Is Marley out there, somewhere, watching it all happen . . . or is the truth something far worse?