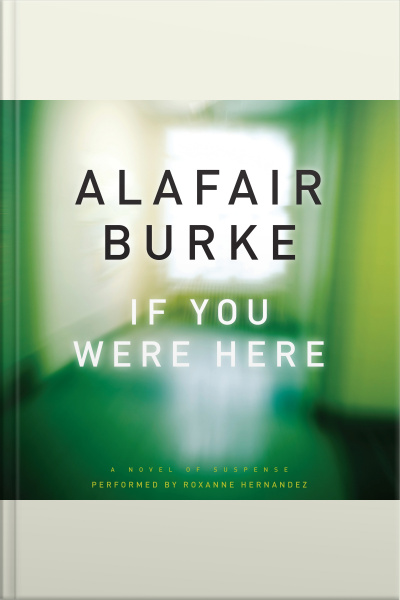 If You Were Here

Magazine journalist McKenna Jordan is chasing the latest urban folktale—the story of an unidentified woman who heroically pulled a teenage boy from the subway tracks seconds before the arrival of an oncoming train. When McKenna locates a video snippet that purportedly captures the incident, she thinks she has an edge on the competition scrambling to identify the mystery heroine.

McKenna is shocked to discover that the woman in the video bears a strong resemblance to Susan Hauptmann, a close friend—and a classmate of her husband's at West Point—who vanished without a trace ten years earlier. The NYPD concluded that the nomadic Susan—forced by her father into an early military life, floundering as an adult for a fixed identity—simply started over again somewhere else.

But McKenna has always believed that the truth went deeper than the police investigation ever reached and sees Susan's resurfacing as a sign that she wants to be found. What might have been a short-lived Metro story sends the former prosecutor turned reporter on a twisting search that leads across New York City—and to dark secrets buried dangerously close to home. . . .