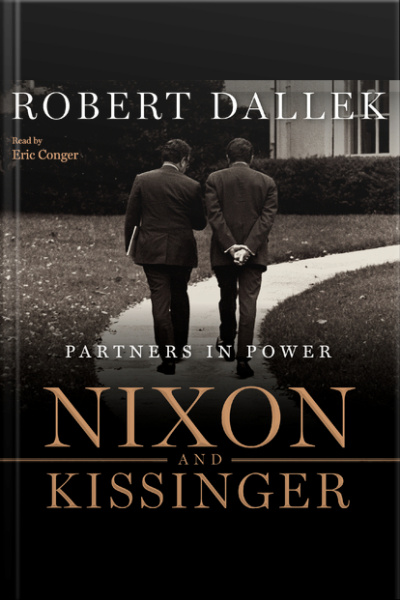 More than thirty years after working side by side in the White House, Richard Nixon and Henry Kissinger still stand as two of the most compelling, contradictory, and powerful leaders in America in the second half of the twentieth century. Both were largely self-made men, brimming with ambition, driven by their own inner demons, and often ruthless in pursuit of their goals. From January 1969 to August 1974, their collaboration and rivalry resulted in the making of foreign policy that would leave a defining mark on the Nixon presidency.

Tapping into a wealth of recently declassified documents and tapes, Robert Dallek uncovers fascinating details about Nixon and Kissinger's tumultuous personal relationship and the extent to which they struggled to outdo each other in the reach for foreign policy achievements. With unprecedented detail, Dallek reveals Nixon's erratic behavior during Watergate and the extent to which Kissinger was complicit in trying to help Nixon use national security to prevent his impeachment or resignation.