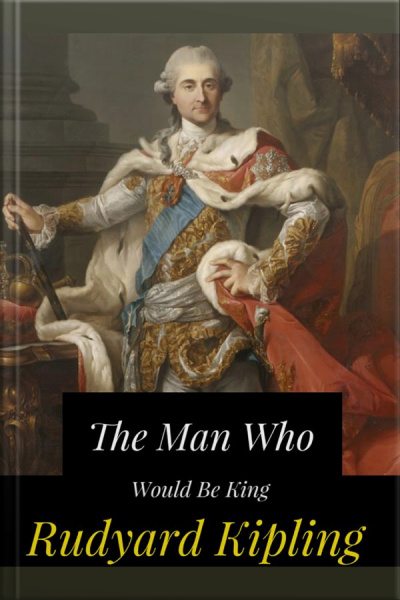 The Man Who Would Be King

The Man Who Would Be King by Rudyard Kipling which was originally published in 1888. The story involves two former British soldiers who were sent in the early 19th century to British controlled India to search for adventure. These two soldiers end up becoming kings of Kafiristan. This story is inspired by Josiah Harlan, an American adventurer who claimed the title of Prince of Ghor after leding a military force into Afghanistan in the mid-19th century. This is an excellent addition to any library for individuals who are enthusiasts of the writings of Rudyard Kipling and also those who are interested in classic adventure stories.