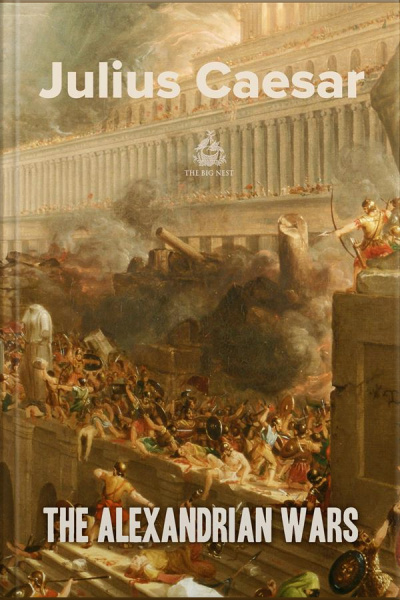 When the war broke out at Alexandria, Caesar sent to Rhodes, Syria, and Cilicia, for all his fleet; and summoned archers from Crete, and cavalry from Malchus, king of the Nabatheans. He likewise ordered military engines to be provided, corn to be brought, and forces dispatched to him. Meanwhile he daily strengthened his fortifications by new works; and such parts of the town as appeared less tenable were strengthened with testudos and mantelets. Openings were made in the walls, through which the battering-rams might play; and the fortifications were extended over whatever space was covered with ruins, or taken by force. For Alexandria is in a manner secure from fire, because the houses are all built without joists or wood, and are all vaulted, and roofed with tile or pavement.