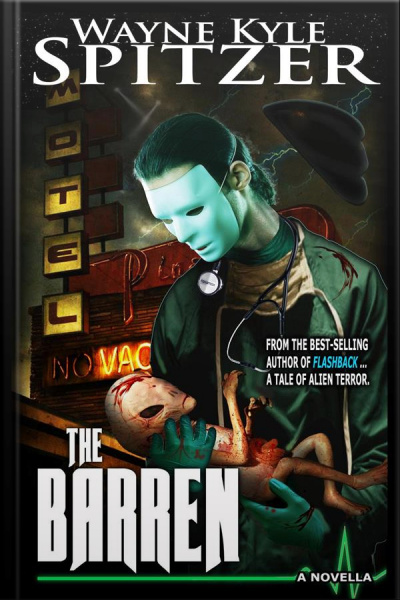 The Barren: A Tale Of Alien Terror

He catches her wrists in his hands and holds them—an overly intimate gesture she could be offended by, but isn’t.

"I saw a jet," he says, staring into her eyes, continuing to hold her hands. "A jet—they’re everywhere out here today. They must be doing maneuvers or something. It’s okay, all right? You’re okay."

She begins to calm down at last, however slightly. There’s something about him, something about his mild eyes and soft but firm hands, his shock of dark hair, his soothing voice. She senses something and looks up, sees a fighter jet flying right over the top of them—low enough that she can make out the rivets in its fuselage. It is there and gone before its sharp-edged whine even cuts the air.