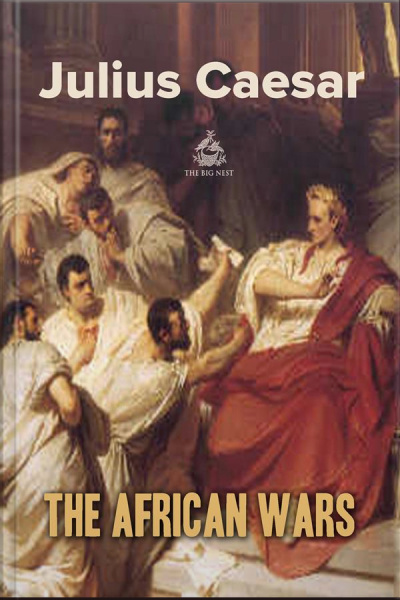 Caesar, advancing by moderate journeys, and continuing his march without intermission, arrived at Lilybaeum, on the 14th day before the calends of January. Designing to embark immediately, though he had only one legion of new levies, and not quite six hundred horse, he ordered his tent to be pitched so near the sea-side that the waves lashed the very foot of it. This he did with a view that none should think he had time to delay, and that his men might be kept in readiness at a day or an hour's warning. Though the wind at that time was contrary, he nevertheless detained the soldiers and mariners on board, that he might lose no opportunity of sailing; the rather, because the forces of the enemy were announced by the inhabitants of the province, to consist of innumberable cavalry not to be numbered; four legions headed by Juba, together with a great body of light-armed troops; ten legions under the command of Scipio; a hundred and twenty elephants, and fleets in abundance. Yet he was not alarmed, nor lost his confident hopes and spirits. Meantime the number of galleys and transports increased daily; the new-levied legions flocked in to him from all parts; among the rest the fifth, a veteran legion, and about two thousand horse.