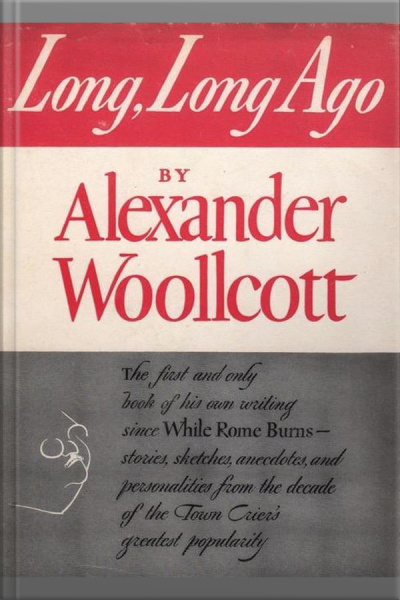 Long, Long Ago is a collection of Woollcott’s writings in the style of While Rome Burns. It is a bird’s eye view of the people, the institutions, the facts and fancies of an unforgettable bygone era. As a famous critic and commentator for The New Yorker magazine, he tells true anecdotes about the famous people he came into contact with. Indeed, as one of New York's most prolific literary and drama critics, Woollcott was an owlish character whose caustic wit either joyously attracted or vehemently repelled the artistic communities of 1920s Manhattan, but always delighted readers.