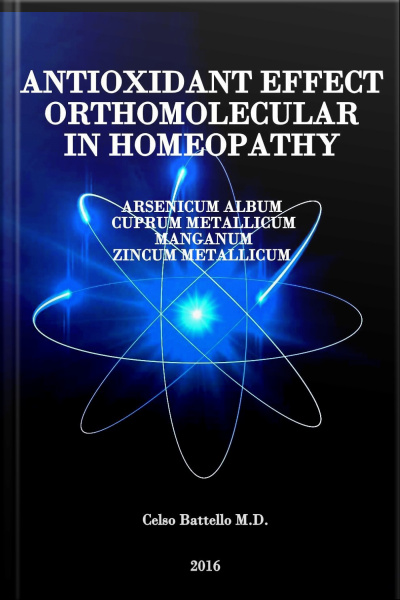 The Antioxidant Effect Orthomolecular In Homeopathy

It is experimentally demonstrated the homeopathic medicines antioxidant action in different dilutions in comparison with melatonin in various concentrations over the lipidic peroxidation in homogenate of mice brains measured though the malondialdehyde dosage obtained through the absorbency technique.
It was verified a greater lipidic peroxidation inhibiting effect with melatonin 1M, followed by melatonin 0.5M, Cuprum metallicum C12, Cuprum Metallicum C30, Arsenicum album C30, melatonine 0.24M, Manganum C30 and Arsenicum album C12.
This book calls the attention for the possibility of existence of an antioxidant mechanism action of homeopathic medicine different from the know cause effect relationship.