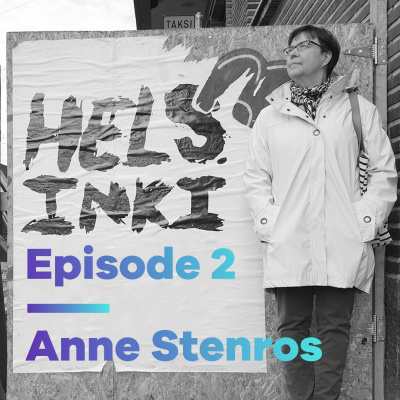 In 2016 Anne Stenros has been appointed as the very first Chief Design Officer (CDO) for the City of Helsinki. Two years later Helsinki actually is still among the first cities in the world to hire a CDO. Looking back Anne describes her experience more as one of a Chief Disruption Officer. In this episode she shares with us some of her challenges being a design leader inside a 40,000 people organization and shows us ways how a city can invite their citizens to participate. Find Anne Stenros on Twitter: https://twitter.com/CasaAnna Photo Credit: Nina Stenros Links & References: British educator and author Sir Ken Robinson and his writings about creativity http://sirkenrobinson.com/ Book about un-conference: “Open Space Technology – A User’s Guide” by Harrison Owen. (Originally published 2008, but a new revised edition is available.) ISBN: 1576754766 Scenario processing: “Strategic Reframing: The Oxford Scenario Planning Approach” by Rafael Ramirez and Angela Wilkinson. ISBN: 1576754766 Space10 in Cope