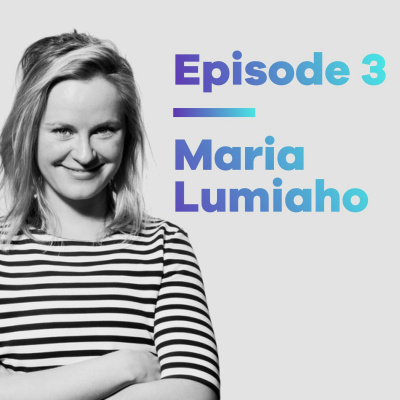 Today many successful corporations understand the importance of shifting towards becoming digital product companies. As part of this transformation, the step of going in-house seems to become an increasingly attractive option for designers. In 2017 Maria did exactly that. She joined Finnair as Lead Designer after 6 years at Futurice, one of Finland’s leading agencies. However, this was not her first evolutionary step as a designer. Her design career started in academia. As part of ME310 teaching team she was coaching students in Aalto’s joint innovation program with Stanford University. During that time she joined Futurice and grew more and more into agency life. Once at Futurice, she quickly climbed the ladder from UX/UI Designer, to Senior Designer, and later to Lead Service Designer With her new role on Finnair’s digital platform team, she collaborates again with agencies but this time from the other side. In this episode Boris met Maria in Helsinki and discussed this exciting journey with her.