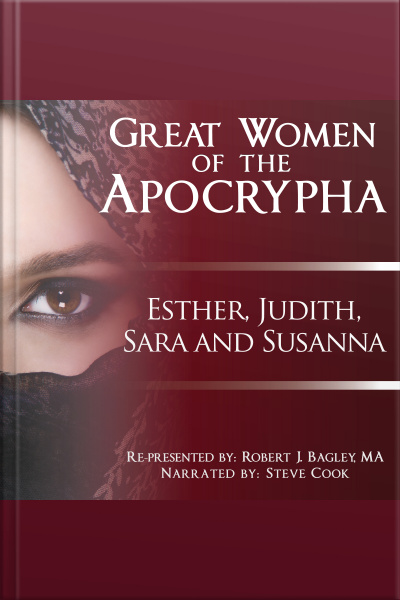 Great Women Of The Apocrypha: Esther, Judith, Sara And Susanna

Read for you by #1 Best-Selling Narrator, Steve Cook, the text for this recording is taken entirely from four Books of the Apocrypha contained in the original King James Bible: Tobit (Book 3), Judith (Book 4), The Rest of Esther (Book 5) and The History of Susanna (Book 10). For contextual reasons, we have also included the biblical text of Esther (Chapters 1-10).
In modern times, the Apocrypha has only been excluded from the Old Testament in some Protestant publications. Jesus himself is said to reference texts from the Apocrypha using the Old Testament language which was familiar to those he was teaching.
It is also interesting to note that the Apostolic Fathers of the Early Church referenced the Apocrypha, and quoted from it as they did the Old Testament. It was hard not to do so, as the Jewish Old Testament included the Apocrypha.
We hope you find this compilation profitable for study as well.