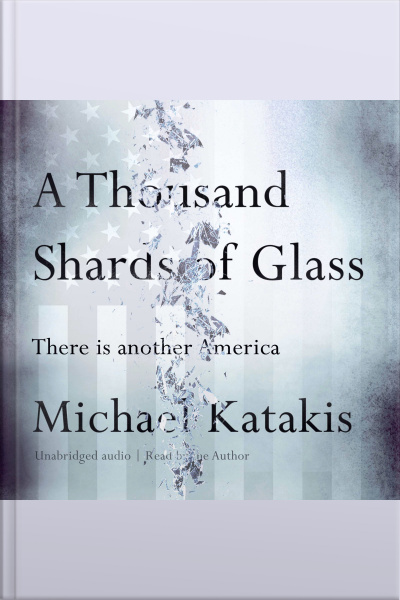 A Thousand Shards Of Glass

Once upon a time, Michael Katakis lived in a place of big dreams, bright colours and sleight of hand. That place was America.

One night, travelling where those who live within illusions should never go, he stared into the darkness and glimpsed a faded flag where shadows gathered, revealing another America. It was a broken place, bred from fear and distrust - a thousand shards of glass - filled with a people who long ago had given away all that was precious; a people who had been sold, for so long, a foreign betrayal that finally came from within, and for nothing more than a handful of silver.

These essays, letters and journal entries were written as a farewell to the country Michael loves still, and to the wife he knew as his 'True North'. A powerful and personal polemic, A Thousand Shards of Glassis Michael's appeal to his fellow citizens to change their course; a cautionary tale to those around the world who idealise an America that never was; and, crucially, a glimpse beyond the myth, to a country whose best days could still lie ahead.