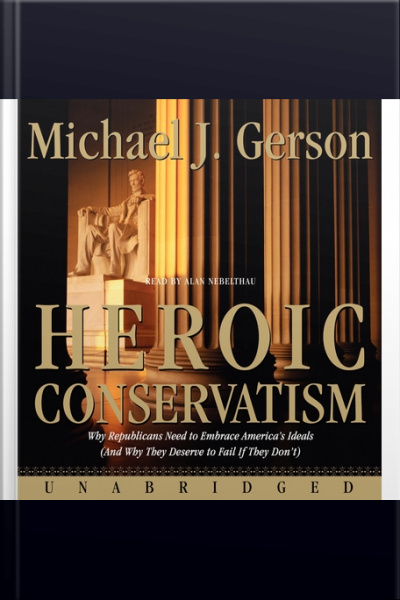 Michael Gerson, who worked with George W. Bush on his most inspiring speeches, is considered by many Democrats and Republicans to be the most influential White House speechwriter since the Kennedy administration. He was also more than a speechwriter, he was a trusted insider who helped shape policy.

In Heroic Conservatism Gerson uses his own experiences in the upper tier of the Bush White House to show why America needs a conservatism that is heroic in its aspirations—including "compassionate conservative" proposals to confront global AIDS, combat poverty in America, and promote human rights and dignity abroad—initiatives that Gerson fought for during his time in government.

Gerson has a unique ability to frame complex issues in a way that both challenges and inspires, and in Heroic Conservatism he delivers a new manifesto for the Republican Party and a fascinating memoir of a history-shaping Presidency.