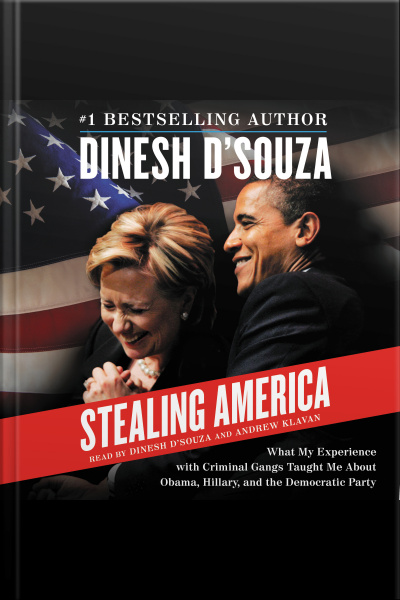 What do the Democratic Party and a gang of criminals have in common? Funny you should ask!

In the fall of 2014, outspoken pundit, author, and filmmaker Dinesh D’Souza found himself hauled into federal court for improperly donating money to a friend who was running for the Senate. D’Souza pleaded guilty, apologized for his offense, and was sentenced to eight months in a state-run confinement center near his home in San Diego. In the facility, he lived among hardened criminals—drug dealers, thieves, gangbangers, rapists, and murderers. Now, in this timely, fresh, provocative, and entertaining book, the bestselling author explains how this experience not only changed his life, but fundamentally transformed his perception of his adopted country.

Previously, D’Souza had seen America through the eyes of a grateful immigrant who came here as a student and became successful by applying and defending conservative principles. Again and again, D’Souza made the case that America is an exceptional nation, fundamentally fair and just. But his prolonged exposure to the criminal underclass provided an eye-opening education in American realities. In the view of hardened criminals, America is anything but fair and just. Instead, it is a jungle in which various armed gangs face off against one another, with the biggest and most powerful gangs inhabiting the federal government.

Applying this hardboiled perspective to American politics, D’Souza saw that America is becoming less exceedingly exceptional every day. Indeed, it is in danger of becoming just like India and other corrupt third world nations, run by gangs of kleptocrats. As for American liberalism, it is not a movement of ideas at all; it is but a series of scams and cons aimed at nothing less than stealing the wealth of the American people.

With biting wit and literary brio, D’Souza describes these liberal cons and the rationales and methods used to justify and execute them. Stealing America is a vital wake-up call for Americans who still believe that theirs is an exceptional nation.