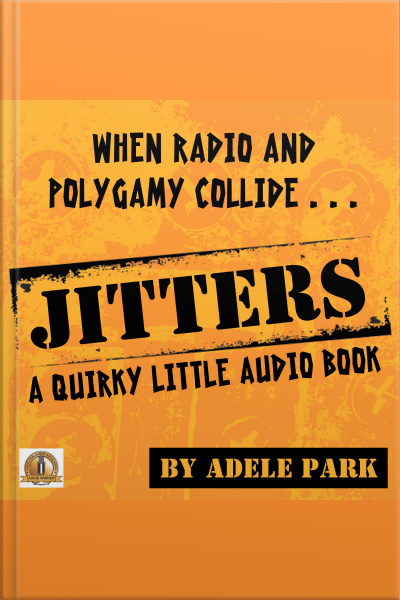 For radio shock jock Nancy Neptune, life is just one big promotion. But when she's sent to work at a radio station near a polygamist compound in Utah, trouble comes in triplicate. In a land where one good wife deserves another, Nancy Neptune hooks up with a drag queen and a one-armed reporter to rescue a mentally challenged polygamist who is being abused by one of his nine mommies and neglected by the other eight.

Find out what happens when radio and polygamy collide in Jitters-A Quirky Little Audio Book. Narrated is by a full cast of actors who tell their stories in quirky, first person narratives, Jitters is a 2011 Audie Award Winner in the Multi-Voiced category.