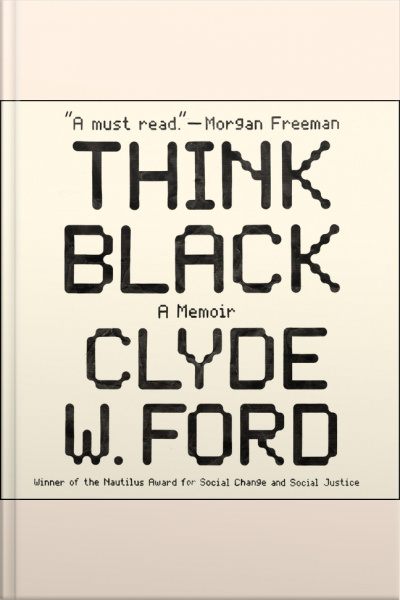 “A masterful storyteller, Ford interweaves his personal story with the backdrop of the social movements unfolding at that time, providing a revealing insider’s view of the tech industry. . . simultaneously informative and entertaining. . . A powerful, engrossing look at race and technology.”

In this thought-provoking and heartbreaking memoir, an award-winning writer tells the story of his father, John Stanley Ford, the first black software engineer at IBM, revealing how racism insidiously affected his father’s view of himself and their relationship.

In 1947, Thomas J. Watson set out to find the best and brightest minds for IBM. At City College he met young accounting student John Stanley Ford and hired him to become IBM’s first black software engineer. But not all of the company’s white employees refused to accept a black colleague and did everything in their power to humiliate, subvert, and undermine Ford.

Yet Ford would not quit. Viewing the job as the opportunity of a lifetime, he comported himself with dignity and professionalism, and relied on his community and his "street smarts" to succeed. He did not know that his hiring was meant to distract from IBM’s dubious business practices, including its involvement in the Holocaust, eugenics, and apartheid.

While Ford remained at IBM, it came at great emotional cost to himself and his family, especially his son Clyde. Overlooked for promotions he deserved, the embittered Ford began blaming his fate on his skin color and the notion that darker-skinned people like him were less intelligent and less capable—beliefs that painfully divided him and Clyde, who followed him to IBM two decades later.

From his first day of work—with his wide-lapelled suit, bright red turtleneck, and huge afro—Clyde made clear he was different. Only IBM hadn’t changed. As he, too, experienced the same institutional racism, Clyde began to better understand the subtle yet daring ways his father had fought back.