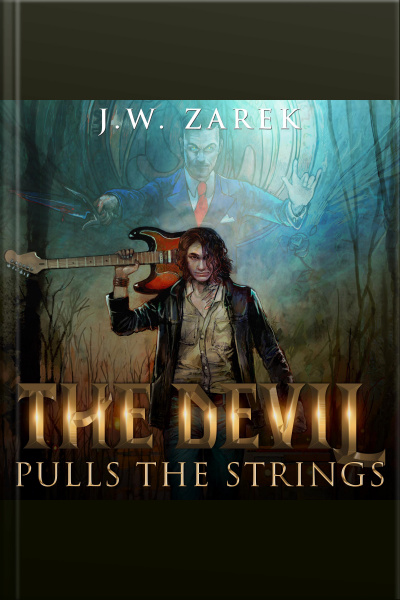 The Devil Pulls The Strings

The Devil Pulls the Strings is the pulse-pounding first tale in the Archivist series.

Twenty two year old Boone Daniels has problems, debilitating panic attack, gut-wrenching guilt, a wendigo haunting him since age six, and now he almost killed his best friend in a joust. But when he fills in for his injured friend at a New York gig, he goes to meet the gig's contact at his NYC brownstone. A body falls from the brownstone balcony and the place explodes with gun fire. Boone barely escapes but uncovers a sinister plot to perform a rare Paganini piece that summons the Devil to trap Baba Yaga and destroy modern-day New York City.

He then finds himself on a race through time, to capture the cursed melody. Along the way, a Romani immortal, steampunk vampires and Baba Yaga set the stage for war, and Boone shall have to risk death for redemption. All Boone wants is to keep a promise to a friend. The same friend, he almost killed last Sunday during a joust.

Can a small-town Missouri musician outplay the supernatural and save NYC's soul?