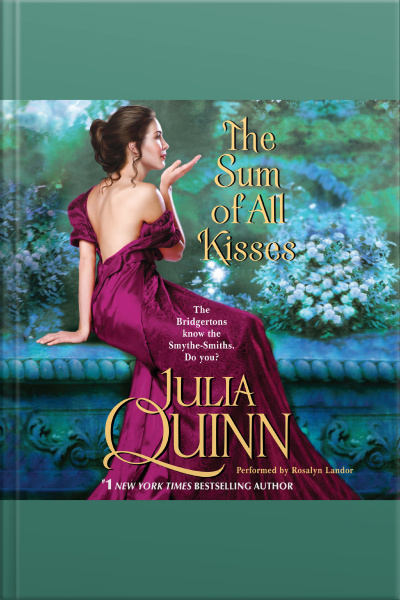 The Sum of All Kisses

He thinks she's an annoying know-it-all

Hugh Prentice has never had patience for dramatic females, and if Lady Sarah Pleinsworth has ever been acquainted with the words shy or retiring, she's long since tossed them out the window. Besides, even if Hugh did grow to enjoy her company, it wouldn't matter. A reckless duel has left this brilliant mathematician with a ruined leg, and now, unable to run, ride, or even waltz, he could never court a woman like Sarah, much less dream of marrying her.

Sarah has never forgiven Hugh for the duel he fought three years earlier, the one that forced her cousin into exile, nearly destroying her family. But even if she could find a way to forgive him, it wouldn't matter. She doesn't care that his leg is less than perfect, it's his personality she can't abide. But when the pair is forced to spend a week in close company, they discover that first impressions are not always reliable. And when one kiss leads to two, three, and four, the mathematician may lose count, and the lady may, for the first time, find herself speechless.