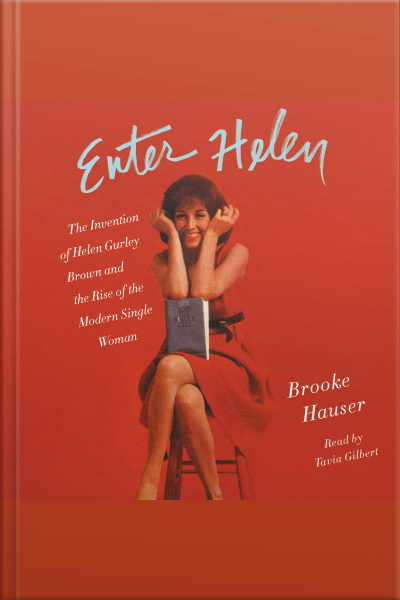 This female Mad Men-like story chronicles the legendary Cosmopolitan magazine editor’s rise to power as both a cultural icon and trailblazer who redefined what it means to be an American woman.

In the mid-Sixties, Helen Gurley Brown, author of the groundbreaking Sex and the Single Girl, took over the ailing Cosmopolitan magazine and revamped it into one of the most successful brands in the world. At a time when magazines taught housewives how to make the perfect casserole, Helen reimagined Cosmo and womanhood itself, championing the independent, ambitious, man-loving single woman. Though she was married, to Hollywood producer David Brown, no one embodied the idea of the Cosmo Girl more than the Ozarks-born Helen, who willed, worked, and—yes—occasionally slept her way to the top, eventually becoming one of the most influential media players in the world.

Drawing on new interviews with Helen’s friends and former colleagues as well as her personal letters, Enter Helen brings New York City vibrantly to life during the Sexual Revolution and the Women’s Movement and features a cast of characters including Hugh Hefner, Nora Ephron, and Gloria Steinem. It is the cinematic story of an icon who bucked convention, defined her own destiny, and became a controversial model for modern feminism, laying the groundwork for television shows like Sex and the City and Girls.

“Bad Feminist” or not, Helen Gurley Brown got people talking—about sex, work, reproductive choices, and having it all—forever changing the conversation.