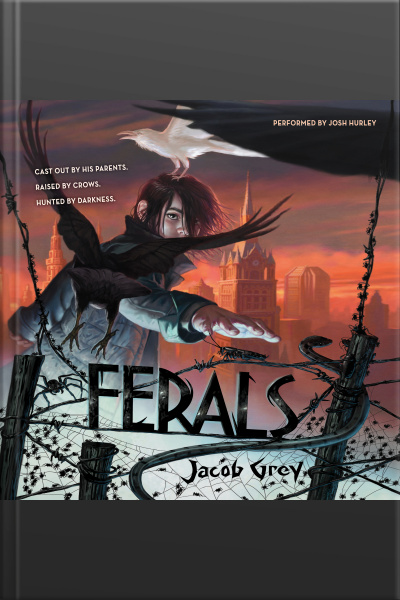 Blackstone was a thriving metropolis before the Dark Summer—a wave of violence and crime that swept through the city eight years ago and left a boy called Caw to fend for himself on the streets, his only companions a small group of crows.

Caw has never known why he can understand the crows. But when he rescues a girl named Lydia from a vicious attack, he discovers others like him: ferals who can speak to certain animals. And some of them are dangerous.

Now, the most sinister feral of all—the Spinning Man—is on the move again. And to save Lydia, her family, and all of Blackstone from being caught in his web, Caw must quickly master abilities he never knew he had . . . and prepare to defeat a darkness he never could have imagined.