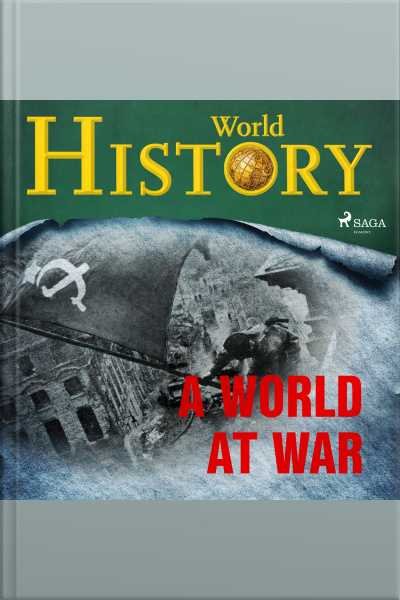 A World At War

On 9th August, 1945, American pilot Charles W Sweeney threw a nuclear bomb over the Japanese city of Nagasaki. 43 seconds later, his deadly cargo exploded in the air over the port city and turned the thriving city centre into a molten ruin. Up to 70,000 people lost their lives. The atomic bombs which were dropped on the two Japanese cities of Hiroshima and Nagasaki were the culmination of six years of horror. Since Nazi Germany’s troops had invaded Poland in 1939 and thus threw the world into another great war, the fighting had evolved into the most ruthless that the world has ever seen. But the brutality did not stop on the battlefield. Hundreds of thousands of civilians lost their lives in random carpet bombings or were victims of bitter soldiers’ revenge, while an entire people were attempted to be wiped out in the Nazi death camps.A World at War is not at all easy reading. It is, like the war, at the same time, in equal measures both awful and fascinating.