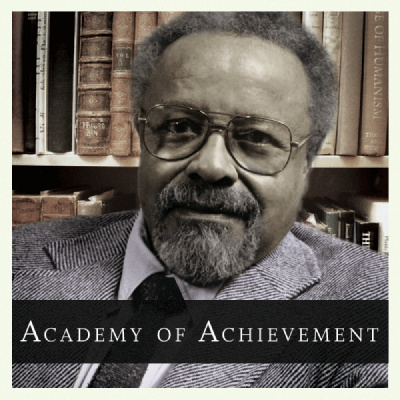 The stage director Lloyd Richards (1919 - 2006) was a trailblazer for African American artists in the American theater. When Richards began his career in the 1940s, African American actors were largely confined to stereotypical roles as servants or comedians. Black directors and playwrights were virtually unknown. No single event did more to change that situation than Lloyd Richards' groundbreaking production of Lorraine Hansberry's A Raisin in the Sun. For the first time, a Broadway audience saw a contemporary African American family portrayed realistically through the eyes of an African American playwright and brought to the stage by an African American director. The play's leading actors -- Sidney Poitier, Ruby Dee and Diana Sands -- became stars of theater and film, and Lloyd Richards became first the dean of African American stage directors and ultimately, the Dean of the Yale University School of Drama. In 1984 he staged the first production of a play by an unknown playwright, August Wilson. In all, he would directed the world premieres of six of Wilson's plays. Together, these Pulitzer Prize-winning dramas constitute a moving theatrical panorama of American history. Besides August Wilson, Lloyd Richards nurtured the careers of a host of young playwrights, including Wendy Wasserstein, Christopher Durang, Lee Blessing and David Henry Hwang. Lloyd Richards never confined himself to the work of American playwrights -- he directed classics by Shakespeare, Shaw and Chekhov among others -- but one of his greatest contributions was the cultivation of new voices in the theater. Lloyd Richards addressed the Academy of Achievement at its 1987 gathering in Scottsdale, Arizona. In this podcast, recorded on that occasion he discusses the great satisfactions of his career in the theater and urges the Academy's students to find the work they love most in life.