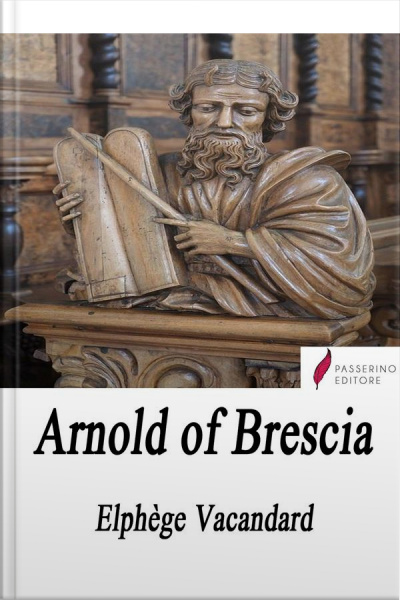 Arnold of Brescia (c. 1090 – June 1155), also known as Arnaldus (Italian: Arnaldo da Brescia), was an Italian canon regular from Lombardy. He called on the Church to renounce property ownership and participated in the failed Commune of Rome.

Exiled at least three times and eventually arrested, Arnold was hanged by the papacy, then was burned posthumously and (his ashes) thrown into the River Tiber. Though he failed as a religious reformer and a political leader, his teachings on apostolic poverty gained currency after his death among "Arnoldists" and more widely among Waldensians and the Spiritual Franciscans, though no written word of his has survived the official condemnation. Protestants rank him among the precursors of the Reformation.