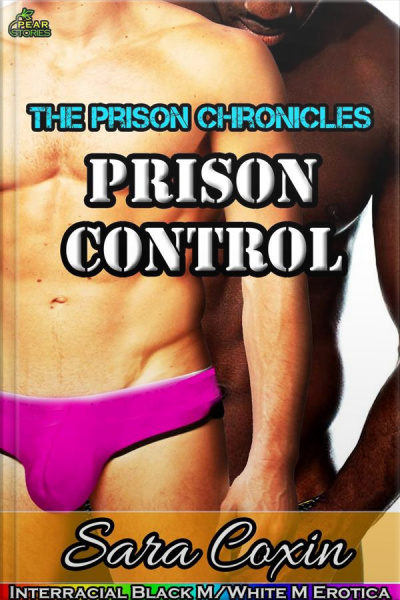 Rick is caught and sentenced to prison for committing white collar crimes.  While waiting to transfer, he lies to his other cell mates to try and seem legitimate but ends up angering the wrong man.  He's nearly beaten but is saved by the guards transferring them.

When he arrives in his cell, he meets Bull, a big black muscular man who is more than unfriendly.  To Rick's dismay, the cell mate he angered before transferring is also in the same prison.  He's beaten up but Bull saves him.  The black man lets Rick know that he gets a free save this time, but he'd better be ready to pay him back somehow later.

Chase, Rick's husband, a tall, white, hairless model of a man visits him for their first conjugal visit.  When Bull sees him, he knows exactly what he wants.  After the visit, Rick is cornered but saved by Bull again.  Bull gives him an offer, he gets a visit from Chase and Rick gets protection.

Rick declines the offer and is soon left without a protector.  During the next conjugal visit, Rick lets Bull's offer slip by accident and Chase contemplates it.  Rick orders Chase not to do anything and that he'll be safe.  However, Chase is too caring to let his husband survive in such a dangerous prison.  He calls up the prison and schedules a visit with Bull.

Once Chase meets Bull, it's one wild conjugal visit...