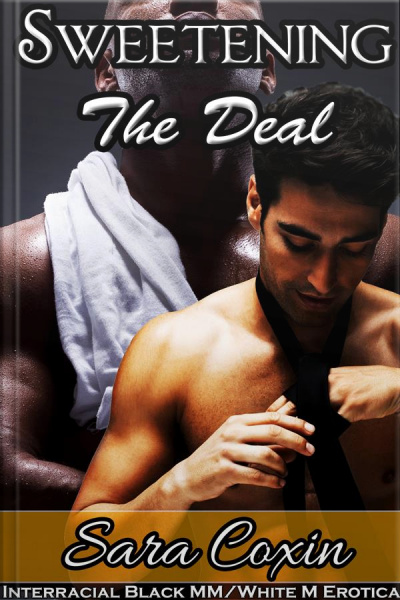 Jared is a sports agent, a damn good one at that. He prides himself in being able to close deals with some of the most famous and wanted professional athletes. He's also broken barriers by being an openly gay sports agent, a rarity in the business. When two of the hottest free agents in professional football become available, Jared immediately gets a call from his boss. He really wants Jared to come in as soon as possible, because the two free agents are coming to their office.

Jared rushed in to work and readies himself. However, a couple of minutes before the meeting, he gets a call from his boyfriend, Quincy. It's not a long call, and it's definitely not a happy one as Quincy informs Jared that he just had a one night stand. Jared holds in his fury as he heads out to talk to the two big black football players.

The two powerful black men try to negotiate around Jared but he's too good. He gives them the best offer they could probably imagine but they both want more thing to sweeten the deal... Jared. Is Jared able to agree to their demands or does everything fall through?