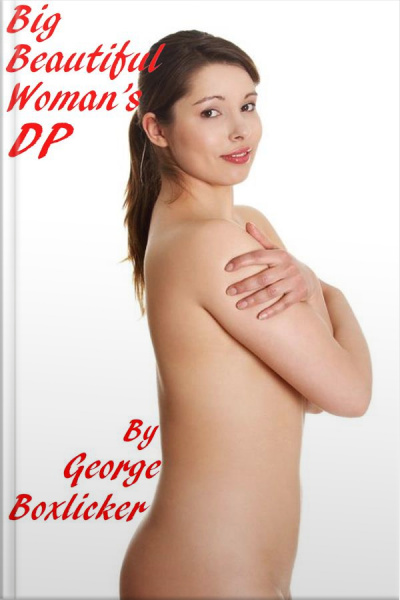 Marilyn Malone loves sex of al kinds and she has a body that is built to receive and provide pleasure for anybody she invites to join her. On this occasion, the lucky men were Frank and me, and the sexual escapades of the three of us in her bedroom are described graphically and in great detail. Because of this, the book is limited to adults only.

All the men who know her, especially myself, describe Marilyn Malone as a big, beautiful woman. The description is highly apt, because she is close to six feet tall, with long brown hair and a broad face with generous features. Her body is big too, with succulent breasts and a gorgeous bottom. She has what I like to call “a womanly figure,” although fashion designers and a few other simpletons might call her fat. All in all, no straight man, except somebody who eschews casual sex for one reason or another, or prefers women who resemble Twiggy or Ally McBeal, would turn down a chance to make love with Marilyn. Fortunately for straight men in general, Marilyn almost never turns down a chance to have those fun things done or to do them.

“Of course, Marilyn. Always glad to help a lady in need. What do you have in mind?”

Being Saturday, the first person I called was Frank, an athletic young man with blonde hair, green eyes and what seems to be a permanent hardon. He really likes going with me to see women such as Marilyn and to take care of their wants and needs, so he’s usually the man I call first. He was in, and eager to do what I had in mind, so I went to his apartment to pick him up and take him to Marilyn’s comfortable flat.

I rang the front doorbell and, a few seconds later, I heard the faint sound of a peephole being opened inside. We knew the lady of the house was checking us out, and we apparently met with her approval, because she opened the door, just wide enough for me to slip into the front room, followed by Frank. The room was dark, with all the blinds down, but there was enough light that I could see the reason Marilyn wanted to be sure to see whom she was letting into her home.