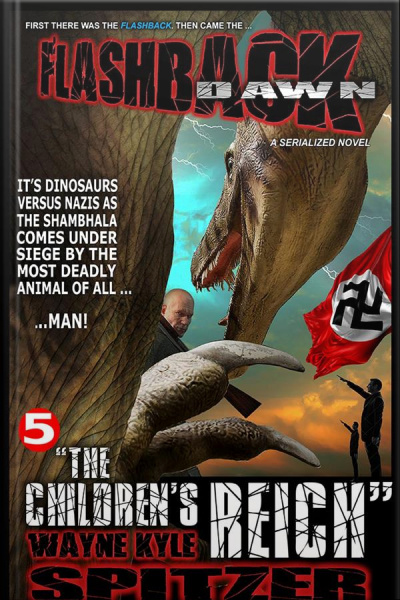 The camera whipped back to focus on Dieter, behind whom the strange sky-lights moved, bleeding in and out of each other, like globs of wax in a lava lamp. “Alas, even our master race can, at times, produce … aberrations. A man or woman of perfect Aryan descent who, nonetheless … fails to display the proper traits.” He gestured with his hand as if to say, Bring him, quickly. “And such a man will be offered in homage today, my friends; to placate the beasts that are the sub-masters of this new world, and to introduce our new allies to how it is that we—the new Nephilim—do things.” He nodded slowly as a man was forced writhing and struggling up to the main gate. “How it is that we have survived, even thrived, amidst a world that has killed so many. And the level of cruelty we expect from any and all who would join us.”

Jesus, gods, he’s talking about a sacrifice, thought Charlotte, even as another movement caught the corner of her eye. She focused on where she’d noticed it and saw what appeared to be a tail—like a great, green dagger—before it disappeared behind a stand of cypress trees. So, too, did something move on the opposite side of the lot, causing the trees to sway. It’s like we’re being triangulated, she thought—even as the man was thrown to the muddy ground outside the fence and the gate swung quickly shut.