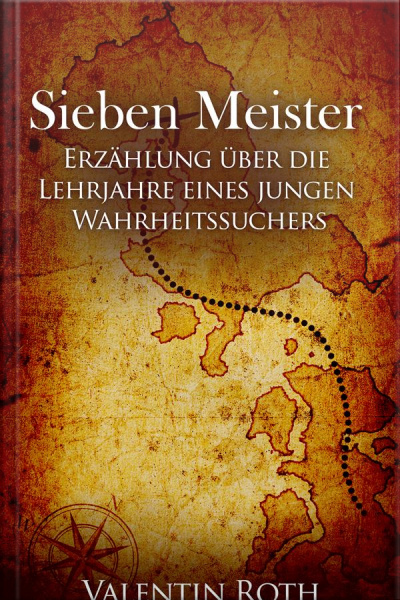 Story of the Apprenticeship of a Young Truth Seeker

In the third part of the series, "The Law of Attraction," the spiritual writer Valentin Roth recounts his youth, when seven masters met him. Starting with the "gatekeeper" who has opened the door to the spiritual world, six other personalities emerge who shaped him when he sought spiritual guidance.

These people lived their lives according to their own law. They were, as it were, a separate category and could not be compared to anything or anyone. They had no public appearances and were not known to the public. These seven Masters, who became acquainted with Roth between the age of fifteen and twenty-three, gradually led him to a deeper knowledge of himself.

The esoteric narrative "Seven Masters" is the fascinating account of a spiritual quest. It shows the inner world of a young truth-seeker, who uncompromisingly goes his own way, that he occasionally stumbles, is almost an incentive for him to be even more determined to ask for the truth and essence of things.

The Call of the Seven Masters

7. The Guardian of the Chronicles

Valentin Roth was born a highly sensitive child and has been deepening since his youth countless mystical and spiritual writings. For 35 years now he has gone a quiet but determined path of spiritual deepening, the fruits of which are gradually becoming visible in his books.