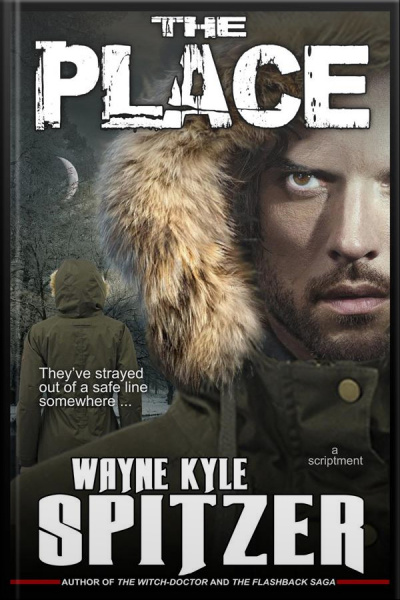 He looks for SWEDEN again, and again sees only the tops of the bushes, roaring in the wind. A beat later there is another crack! Another splash! ABE whips around. He sees, a few feet out, what at first appears to be a human arm reaching up from a gurgling eddy—deaden spidery fingers groping. He focuses his eyes upon it: the pressure stops cold as we see it is merely a gnarled branch. ABE exhales. Then, as driftwood is proving scarce on the island, he breaks off some willow stems and tries to fish the branch closer. The current dislodges it as he looks on and it floats down stream, bobbing and turning on the waves. ABE watches it go; it looks rather like a hand again; gesturing to him, summon-ing. A real hand suddenly lands on his shoulder. He spins around. It is SWEDEN; he is shining a Coleman lantern directly into his eyes.

ABE squints in the glare, which obscures SWEDEN’S face.

It’s this awful wind. It roars such

that I didn’t even hear you approach!

In the stern. Under the ballast.

I wish this wind would go down….

SWEDEN is standing with his back to us, facing the river. ABE approaches—he has taken the long way around the willows. SWEDEN turns slowly; the men look at each other. It is nearly dark.

SWEDEN steps aside as the camera dollies past him and in on A CORPSE, a real one. It is caught up in the roots of the willows, several feet from the crumbling bank, chest-deep in the water, vertically positioned, bobbing up and down in a violent whirlpool. The corpse is wearing an Army-green or dark blue nylon parka, slick from the river, with a sopping fur-lined hood. The hood droops, obscuring the face from the top of the mouth up, the mouth which is stretched, contorted, whose chin is far too long. The whole body is stiff like a statue, its flesh an ashen gray-blue. Its hands are twisted and groping, like tree branches—willow branches. One is frozen with Rigor Mortis in such a way that it appears to be reaching out, its fingers gnarled, misshapen; they are too-long, really, to seem entirely human. The bony, branch-like index finger seems almost to be pointing, indicting the sky.

(turns to his friend)