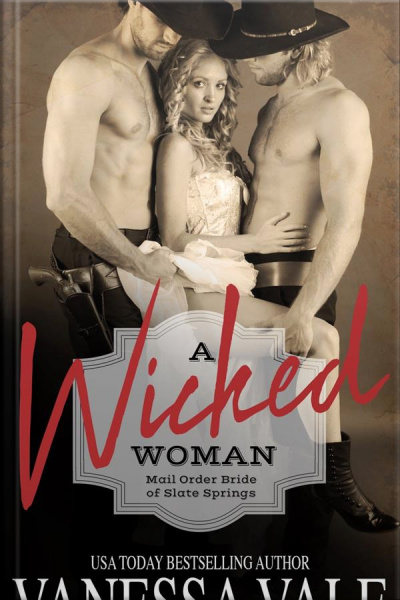 Because of her stepsisters, Eve Jamison is driven from her hometown in scandal with a train ticket in one hand and a proxy marriage license in the other. But when she arrives in the small Colorado mountain town, she discovers her groom recently died. Even though she never met her husband, the new widow learns she is quite wealthy. At the mercy of her dead husband's money-grubbing family, Knox and Jed Dare each vow to protect her. They both want the beautiful bluestocking and refuse to cede way to the other.

Eve has other ideas where the two men are concerned. Because she is now a woman of Slate Springs, she doesn't have to choose. She wants both Jed and Knox... and gets them.