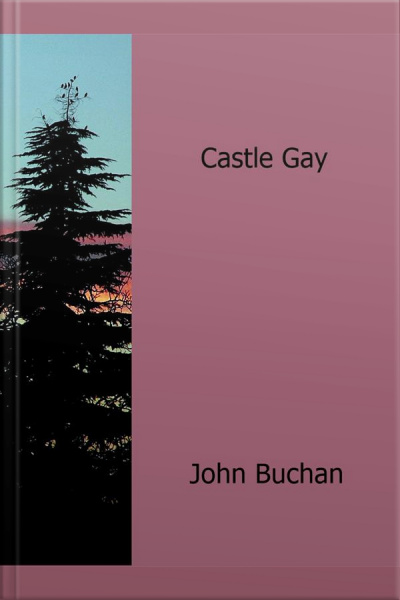 Castle Gay is a novel by John Buchan. It is the second of his three Dickson McCunn books and is set in south west Scotland in the Dumfries and Galloway region in the 1920s. A tale of kidnapping, politics, suspense-and rugby. Castle Gay is one half Pilgrim’s Progress, one half commentary on tradition, mixed up in a splendid adventure story. It begins with a dull, timid newspaper magnate, Thomas Carlyle Craw, who finds himself kidnapped (victim of a misfired college prank) and deposited in a lodge in the remote Border mountains of Scotland. Irascible, whiny, and wholly unused to bodily exertion, he is forced to undertake a lengthy sojourn in the wilderness, by the end of which he has become a new man. But his is no tale of solitary man battling the impersonal forces of nature and finding strength to conquer deep within himself; from the outset, like Dante, he is given a guide through the scenes of humiliation.