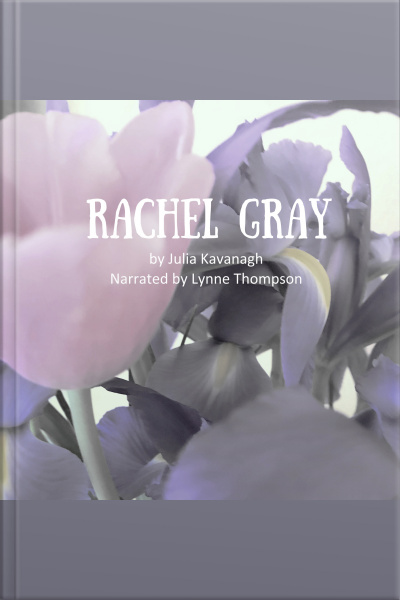 Kavanagh's books feature strong young women, like herself, and had much popular appeal among that audience during her lifetime. She lived most of her life in France, caring for her invalid mother, remaining unmarried. 'Rachel Gray' is founded on fact although the author used her imagination to embellish the story. She said that she wished to 'show the intellectual, the educated, the fortunate, that minds which they are apt to slight as narrow, that lives which they pity as moving in the straight and gloomy paths of mediocrity, are often blessed and graced beyond the usual lot, with those lovely aspirations towards better deeds and immortal things, without which life is indeed a thing of little worth; cold and dull as a sunless day.' We find Rachel a dressmaker in a poor neighborhood in London, living with her step-mother and two apprentices. Unloved and lonely, she loses herself in contemplation of God, charity and the beauty of life; but her day-dreaming has led to the reputation of being "slow" or "dim-witted" and she is despised by all, except Richard Jones, the father of one of the apprentices. Rather than being one of the millions of anonymous poor, Rachel Gray proves herself to be one of those whom heaven smiles upon.