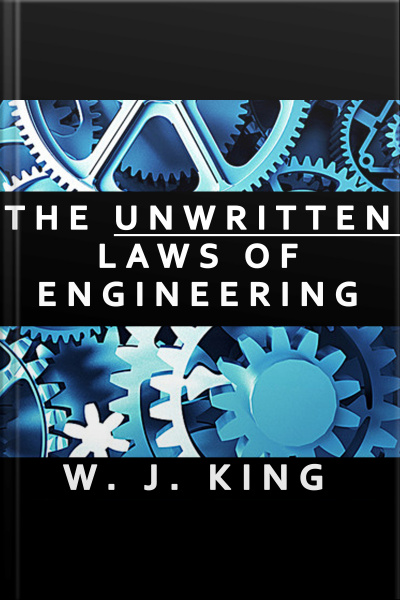 The Unwritten Laws Of Engineering

Some years ago the author became very much impressed with the fact, which can be observed in any engineering organization, that the chief obstacles to the success of individual engineers or of the group comprising a unit were of a personal and administrative rather than a technical nature. It was apparent that both the author and his associates were getting into much more trouble by violating the unwritten laws of professional conduct than by committing technical sins against the well-documented laws of science. Since the former appeared to be indeed unwritten at that time, as regards any adequate and convenient text, the following “laws” were originally formulated and collected into a sort of scrapbook, to provide a set of “house rules”, or a professional code, for a design-engineering section of a large manufacturing organization. Although they are admittedly fragmentary and incomplete, they are offered here for whatever they may be worth to younger men just starting their careers, and to older men who know these things perfectly well but who all too often fail to apply them in practice. Just a few points should be emphasized: None of these “laws” is theoretical or imaginary, and however obvious and trite they may appear, their repeated violation is responsible for much of the frustration and embarrassment to which engineers everywhere are liable. In fact this audiobook is primarily a record, derived from direct observation over a period of 17 years, of the experience of four engineering departments, three of them newly organized and struggling to establish themselves by the trial-and-error method. It has, however, been supplemented and confirmed by the experience of others as gathered from numerous discussions, lectures, and the literature, so that it most emphatically does not reflect the unique experience or characteristics of any one organization. Furthermore, many of these rules are generalizations to which exceptions will occur in special circumstances.