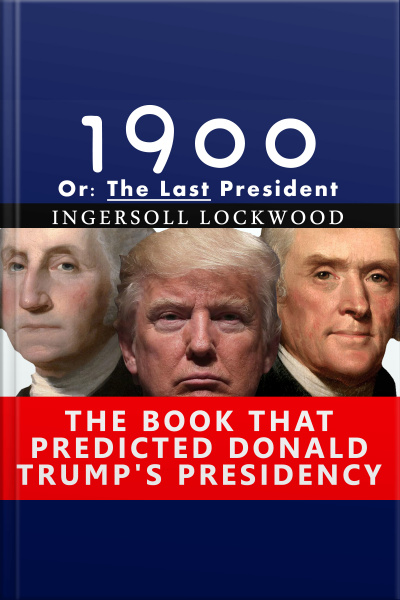 1900, Or: The Last President - The Book That Predicted Donald Trump's Presidency

This little booklet was penned at the end of the 19th century, and ostensibly involves events mere years later. A work of political satire, it chastises the rise of socialism and populism, inferring their fictional rise here as disastrous and leading to chaos.
It is of note here that this work, along with others by Lockwood, appear to prognosticate the current political climate of the United States and West at large—and for an apparent religious Catholic of his era, it is not altogether impossible that Lockwood—wittingly or unwittingly—tapped into some mystic forces. Regardless, it is an interesting little political story from its time and is reflective of some of the social ideologies and movements of the age.