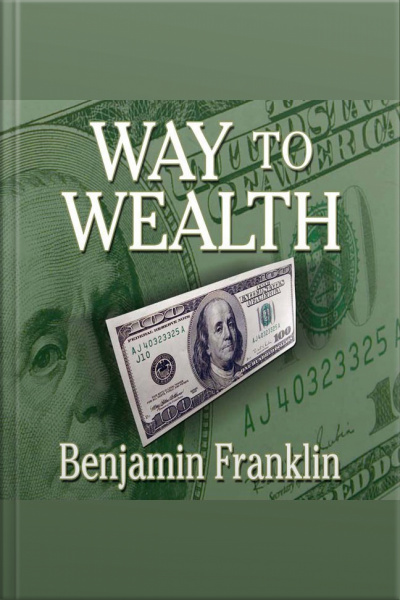 The first American book on personal finance, The Way to Wealth by Benjamin Franklin is still the best and wisest money book ever written. Originally published in 1758 as the preface to Poor Richard's Almanack, this little gem has been through innumerable printings and sold millions of copies to those in search of smart but entertaining advice about hard work, earning and saving, money and debt. As the 21st century charges along, and the current economic climate continues to send out mixed messages, Franklin's simple but wise commentary on the value of industry and frugality resonates as much for us today as it did for listeners nearly 350 years ago. Here is a sample: "Early to bed and early to rise makes a man healthy, wealthy, and wise." "If you would be wealthy, think of saving, as well as of getting." "If you would have your business done, go; if not, send." "Think what you do when you run into debt; you give to another power over your liberty." "Creditors have better memories than debtors." Although older than the United States itself, The Way to Wealth is still very popular. It is handed out by major companies and financial institutions to friends, clients, and customers, and was the January 2004 selection of The Washington Post's Color of Money Book Club. As Michelle Singletary, director of the club, wrote in a column about the book, "At just 30 pages, this pocket¿size book takes less than an hour to read but will give you a lifetime of financial wisdom - that is, if you're wise enough to follow the advice".